On July 1st, we received a fantastic feature from Gillian Nelis in The Sunday Business Post. We want to say a massive thank you to Gillian. We really appreciated it, 12 years in business and it’s fantastic that we have a team who keep pushing to improve.

A chef friend rang me re­cently to pick my brain about offer­ing healthy food in his restaurant. It’s a neighborhood place in a settled residential area where his customers are dropping in for a main course and a glass of wine during the week, then pushing the boat out a bit at weekends and for special occasions. He’s already busy, but he’s no­ticed more people asking about what dish on the menu is the healthiest, especially during the week. His worry, he told me, was people thinking he’d turned his place into a health food cafe. “I wouldn’t know one end of a mat­cha latte from the other,” he said. This, I assured him, is no bad thing, because most people aren’t after matcha lattes, smoothie bowls and courgetti when they’re eating out. But an increasing number of them are interested in being able to eat tasty, healthy food on some of the now very frequent occasions when they eat out. And they’re in­terested in doing it without much, palaver.

Paul Caden and his team at Saba on Clarendon Street have known this for a while, and have responded not by preaching or by drastically changing what they do, but by giving their customers information and choice. So there are treats aplenty, such as dessert cocktails, glazed chicken wings and crispy duck, but also options including a grilled red chicken salad, stirfries with loads of veggies, and steamed fish with ginger and soy. It’s a menu that reflects how most of us live, or at least aspire to live: by enjoying what we eat, but also keeping an eye on the overall balance in our diet. I maintained perfect balance on our evening in Saba by having the light stuff myself, and ordering my guest to go for something a bit ricer – critic’s privilege, I reckon.

I realised as I ordered my start­er the smoked trout mieng kam (€10.95), that I’ve probably eat­en it every single time I’ve been in here . It a gorgeous mix of Goatsbridge smoked trout from Kilkenny chopped up very finely, then served with shredded roasted coconut peanuts, ginger, shallots, lime and chilli. This gets bound with tamarind shrimp paste and a little palm sugar sauce before being served on betel leaves that you use to pick up and eat it. Light and zingy; I could call it a perfect summer starter, but actually it’s delicious whenever you order it.

My mate had ordered the Vietnamese spring rolls (€9.95) a generous portion of these crispy favourites filled with minced pork, noodles, veg and mint. I’m not a fan – too heavy for me – but he loves them, and was very happy with these examples. A long-time spicy food fan, he was tempted by the hottest option in the wok section, the scarily titled Boom!!!, which had a spice rating on five out of five. But in the end he went for the far more sensible Phad Prik Sod, a mix of onions, peppers, mushrooms, chilli and sweet basil which you can have with chicken, beef, tiger prawns or tofu. He went for the beef (€21.95), which was a generous portion of tender meat and nicely crunchy vegetables. My green curry with monk­fish was the same price, but less successful. The sauce was bang on – spicy enough to provide a kick, not so spicy that you can’t taste anything else – but the fish was rubbery and unpleasant. rd order green curry here again, but with a different protein.

For dessert, a slice of strawber­ry and rhubarb cheesecake was summery and delicious, and came with an excellent lemon sorbet from Golden Hill Farm in Co Wicklow (€6.95). Caramelised pineapple with cinnamon and star anise came with an equally good coconut ice cream from the same supplier, but was let down by the over-sweet syrup it was served in (€6.95).

Saba has been open on Clar­endon Street since 2006, so has seen boom, bust and what looks like another boom, albeit one in which the competition among restaurants in Dublin city centre has reached almost farcical levels.

Surviving this long means con­stantly adapting to the needs of your customers, and finding ways to incorporate how they are living into your offering. As Saba shows, that doesn’t mean upending your menu to accommodate food fads, but simply employing a little lateral thinking.

Finally, a word on service, and that word is ‘fantastic’. Ifs a young team, or at least it was on the night we visited, but the service was noticeably good, and perfectly in tune with this restaurant’s relaxed atmosphere. I intend soaking up that atmosphere next time with the Nutty Caramela, a cocktail with salted caramel Stoli, caramel liqueur, hazelnut liqueur, hazelnut milk and smoked salt. Well, life is all about balance, isn’t it?

Dinner for two including one bottle of wine came to €126.20 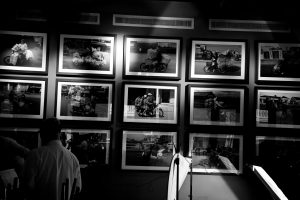 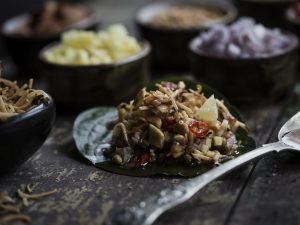