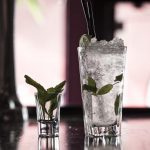 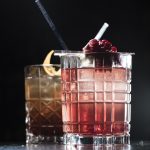 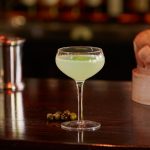 The team at SABA were delighted to pick up two awards at this year’s Irish Restaurant Awards last week. There were a few sore heads the following day after the celebrations.

SABA won “Best Cocktail Experience” for the second year running and also won “Menu fit for a Queen” which was a special award presented to the restaurant with the biggest welcome and promotions during the visit of Her Majesty, Queen Elizabeth II and President Obama two weeks ago. We were delighted to win both.

A big thank you to all our customers for your continued support and loyalty and of course for voting for us.

Brian Fallon, President, Restaurants Association Of Ireland said:
‘Since their inception, the Irish Restaurant Awards have cast a spotlight on Irelands hottest restaurants and chefs. They have become a byword for quality, class and achievement… The awards everyone wants to win. As a testament to their success, the entries have doubled since last year, with 6,000 nominations made for Ireland’s favourite Restaurants, Chefs, Gastro Pubs, Hotel Restaurants and Local Food Heroes throughout the Country. We celebrate the award winning cuisines and the great restaurateurs and chefs who have brought international recognition and accolades to the Irish restaurant scene. We are the economic engine rooms in every town in Ireland, creating and maintaining much needed local employment. Our industry has annual sales in excess of €2 billion and we employ 64,000 people. In fact, we are the largest employer within the Irish Tourism Sector

Sallyanne Cooney – General Manager, Gleeson’s incorporating Gilbey’s, sponsor of this year’s awards said “Santa Rita, the number one Chilean wine brand in Ireland, is delighted to be associated with the prestigious Restaurant Association Of Ireland annual awards. As the established hospitality industry Chilean wine, we are keen to acknowledge and recognise the achievement and excellence of the restaurant and hospitality industry throughout Ireland.

Despite the tough economic climate, it is wonderful to see that creativity and innovation is very much alive and well in the industry. At Santa Rita, we have a longstanding tradition of honouring heroes and, in our eyes, every finalist and winner this evening is exactly that. A heartfelt congratulation to one and all, from Santa Rita and Gilbeys.

Guests on the night were treated to a five course menu prepared by the winning Chefs in each of the five regions in 2010. Legends of the foodie world, this year’s event will saw Danny Millar- Balloo House, Garret Byrne – Campagne, Seamus Commons – Knockranny House, Paul Flynn – The Tannery and Eamonn O’ Reilly – One Pico, prepare a sumptuous meal for guests at this glittering black tie event – a fantastic celebration of all that is great in the Irish Restaurant Industry.

This year’s event will recognize achievement and excellence in the Restaurant and Hospitality Industry throughout the Island of Ireland in 22 categories. The awards celebrate all aspects of the Industry from Chefs and Restaurants to Food Producers, Local Food Heroes and Cookery Schools.

Nominations for the awards are made by readers of the Sunday Independent LIFE Magazine and members of the Restaurants Association of Ireland.

The awards process runs from the beginning of February 2011 until the 25th of May 2011. It is a detailed and thorough process whereby nominated Restaurants face rigorous scrutiny from the Consumer, Regional Judges, a Mystery Guest Visitor and finally the National Awards Academy.

County winners are announced at a number of Regional Events in the run up to the Main Event on the 25th May in the Burlington Hotel Dublin.

The selection process to become a County winner in the main category involves 2 stages.

Firstly, a Chef / Restaurant / Hotel / Gastro Pub must be nominated by a reader of the Sunday Independent or a Member of The Restaurant Association of Ireland. The nomination period is open for 3 weeks in February. All of the nominations are then audited by our independent adjudicators KPMG.

In early March our Regional judging panels, made up of industry experts across the 5 regions meet to assess the nominations. The results from our Judging panel which makes up 60% of the overall vote plus the results from the reader’s nominations which makes up 40% of the vote are combined and then reviewed by KPMG to give an overall winner. The winner of each category is that chef / restaurant / hotel or gastro pub who has the highest combined judges and readers vote.

County Winners and the Dublin Shortlist then go on to compete for the Regional and all Ireland title which will be announced in the Burlington Hotel on Wednesday 25th May 2011.

There are 3 elements to this stage of the process:

All County Winners receive a mystery guest visit throughout the month of May. The Irish Restaurant awards are the only awards in the Industry where each of the Restaurants receive a visit from an independent Mystery Guest visitor who assess the dining experience in terms of food quality, menu, customer service ,premises and over all experience.

Our National Awards Academy made up of judges from each of the regions meet at the end of May to cast their votes.

Each of the County winners must submit their food and wine menus for judging as part of the process.

All of these scores are again combined and then reviewed by KPMG who give us our Regional and All Ireland winners.

Members of the Restaurants Association of Ireland nominate in the Industry Category.
These nominations will also be judged by our National Awards Academy and independently assessed by KPMG.