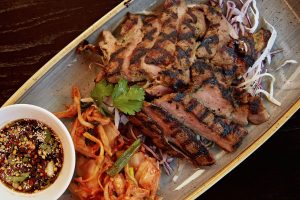 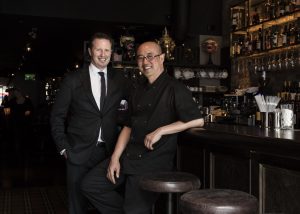 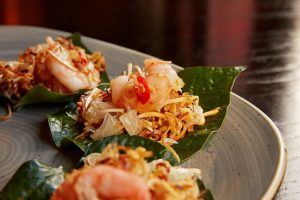 The team at SABA were delighted to be commended at the yesterday’s Food and Wine Awards for Best World Cuisine 2010. Our good friends at Ananda in Dundrum beat us to first place and Kappa-Ya the Japanese restaurant in Galway which is making waves got highly commended.

We hear it is excellent and we have yet to try it. It is great to be counted among such great restaurants and especially when you think of all the great world cuisine restaurants that did not make the list. Thanks to everyone who voted for us. From the Irish Times today: “MICHELIN-STARRED Chapter One has been chosen as Ireland’s best restaurant by Food & Wine magazine for the second year in a row. The restaurant, which is situated in Parnell Square in Dublin, has previously won several awards from the magazine. Highly commended was the ever-popular L’Ecrivain in Dublin, and commended was Gregans Castle in Co Clare. Chapter One’s chef-proprietor, Ross Lewis, also won the Penfolds chef of the year award.

The Good Cooking Award went to The Queen of Tarts in Dublin. The awards, in their 10th year, were presented at the Four Seasons Hotel in Dublin yesterday afternoon. Mr. Golden-Bannon said Irish restaurants continue to innovate, despite the recession. “The sector is an example to businesses across the country; in the face of the most incredible odds they continue to deliver innovative, quality and value-driven menus that support Irish producers and satisfy their customers’ needs.””